How emotions are made?

The clasical view of emotions suggests that they are universal, that each emotion has a distinct set of bodily sensations (called fingerprints) and that how they’re experienced isn’t contextual or culture specific. However, research has proven something quite different. Lisa Feldman Barrett in her book, How emotions are made?, challenges the classical universal view of emotions.
In her book she makes a much more logical case for emotions, that is ultimately more empowering for us.
Wouldn’t we all like to feel that we can control our emotions, that we aren’t at the mercy of our emotions.
Learn more about this theory of constructed emotions, how we actively construct our emotions instead of being a passive recipient of them. In this video, learn how each emotion is felt differently by different people, how facial expressions for each emotion vary from culture to culture and are very context dependent.

It is found in experiments that when electrodes were attached to the person’s face to measure how the facial muscles move during an emotion expression, there is more variety than uniformity. 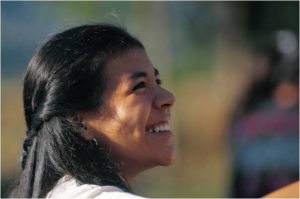 The bodily response to different emotions are too similar to be thought of as distinct fingerprints.

So the same emotion will vary in the same individual and other individuals in different contexts in the way the bodily responses show up.

Find out more in this video