Our subconscious mind retains all of our early life’s data. It’s a storehouse of learned experiences and instincts. It’s basically a ‘repository of stimulus -response’ tapes from our childhood. (Lipton, 2005)

Subconscious mind is habitual. Think of the last time you lost it when someone did something. For example, I used to dislike it when I saw a piece of misplaced furniture. If a person sat on a chair and didn’t put the chair back in its place or position, I would get irritated. My dad is very organized and growing up I’ve observed and retained a lot of his habits around organization.
So in essence, my overreaction came from my subconscious mind which had stored all the observations about my dad’s organized behaviour. Of course, it also made me very good in organizing stuff which is a great skill but at the same time, it also made me inflexible and a perfectionist. After I realized that my overreactions were coming from my subconscious mind, I became more mindful and conscious of my reactions. Now, it doesn’t bother me much. Although I 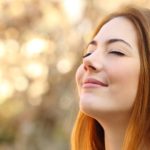 will still put the chair back in its place 😅, I do so without any irritation.

If you read his book, you will come to know about many fascinating facts. Did you know that the cell’s main brain is not the nucleus but the membrane? Bruce Lipton explains how this is tied to how the mind influences the body.

The membrane consists of receptor (awareness) and effector (action) proteins. “These protein complexes are the fundamental units of cellular intelligence” The cell membrane interacts with the environment to produce responses that help in sustaining life. The cell membrane is the brain of the cell. And our brain is the main unit in a human body and each cell of our body has to “acquiesce control to the brain..the brain controls the behavior of the body’s cells” (Lipton, p. 101)

The mind is a function of the physical brain.
What this means is that we can heal if we properly use our conscious mind. Our conscious mind has control over the cells of our body and the way we think and feel can affect our cells and thus lead to healing or aggravate ill health. That’s why working on our subconscious beliefs is so important for a healthy mind and body.

Our conscious mind is very powerful. It can choose how to behave in a situation, it can analyze the data coming from subconscious mind and so and so forth. Those of you who know EFT, know that with EFT, we engage the prefrontal cortex, the conscious mind, and that can override the subconscious mind’s default behaviors.
Work on your subconscious beliefs, remember to take up specific events to transform these beliefs.

Nature vs nurture will be always be a hot topic of debate. I remember reading about it for the first time in my psychology class in 12th grade. It was a fascinating topic and still is. Much research has taken place in this area. To make it short, Identical twins studies suggest that even though identical twins share the same genetic material, they often don’t share the same diseases or health outcomes.

The stringent concept of genetic determinism states that we are born with a set of genes and we are bound to get the same diseases our parents and grandparents got. Whereas epigenetics drawing from identical twin studies points out how even if we cannot change the genes, we can change the gene expression, meaning the way the gene expresses itself.

Bruce Lipton, in his book, Biology of Belief, says that Darwin’s theory has undermined the role of nurture (environment) and led us to believe that ‘genes control biology’. He further goes on to say that most diesease like diabetes, cancer etc are due to ‘complex interactions amongst multiple genes and environmental factors, and not due to a single gene’ and, ‘the environmental influences including nutrition, stress, and emotions, can modify those genes without changing their basic blueprint’

Which simply means, environment can triumph over hereditary.

Chromosomes carry genetic material and they are covered by proteins like ‘sleeves’. When the genes are covered, their information cannot be read. What you need is an environmental signal to make the protein to change shape , which allows the genes to be read ( p. 38, Lipton, 2005)

So the environment makes a huge difference in whether your genes will be expressed or not. For example, if you believe you have a ‘diabetic gene’, firstly it’s not a single gene, and secondly the environment will determine whether you will become a diabetic or not, whether the diabetic gene will be turned on (expressed) or off (silenced).

Given that stress, emotions, lifestyle can change gene expression, we have a lot in our control. Here’s what you can do with EFT, meditation and other techniques: