Who is a Codependent Parent?

“Having dependency needs isn’t by itself unhealthy. We all have them. In an interdependent relationship, however, each party is able to comfortably rely on the other for help, understanding, and support. It’s a “value added” kind of thing. The relationship contributes to both individuals’ resilience, resourcefulness, and inner strength. All the same, each party remains self-sufficient and self-determining.” 1
On the other hand a codependent relationship depletes the individual’s resilience, resourcefulness and strength.

In this article I am going to highlight some of the significant characteristics of codependent parents and the impact this has on the children. I will be using brief examples from multiple real life client cases. 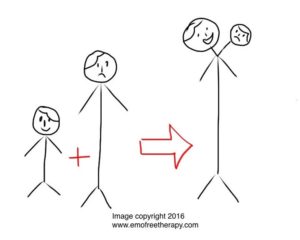 1) Child’s welfare vs. Motivated by one’s own interest

In a normal parent-child relationship, the nurturing that the parent gives to the child comes naturally and is influenced by the parent’s desire for the child’s welfare. It is normal for a parent to have aspirations and expectations from the child but in a codependent relationship, it’s more about the parent, what they want, than the child’s genuine needs. Even though the codependent parent thinks whatever they are doing is for the children’s welfare, they fail to see how much of those decisions are based on keeping the child in their control and overly dependent on them.

A Codependent parent is always right. There is no space for a healthy debate or discussion with their children. The children aren’t allowed to express their opinions if those opinions aren’t similar to those of their codependent parents. Any difference of opinion will be seen as an act of rebellion and squashed at the earliest, through subtle manipulation. In the end the codependent parent makes sure that the child’s opinion changes to fit their own opinion.

3) Child’s needs given importance vs. treated as insignificant

The codependent parent has difficulty in understanding the child’s needs. Children of codependent parents repeatedly get the message that their needs and wants are secondary  to their parent’s needs, and hence they stop valuing their own needs. And if they try to assert they are given silent treatment (not being spoken to) or physically punished (spanking).

Codependent parents blame everyone for their problems and take no responsibility for their actions. They refuse to work on themselves and resolve past traumas, instead dumping all their unresolved emotions on their children. They always act like a victim in front of their children. Many a times they share their victim stories with their children to garner  sympathy. They often expect their children to right the wrongs in their past and even blame them if they aren’t able to fulfill these unrealistic expectations.

Sometimes the parent even ends up playing the role of a frail and weak person who needs protection and parenting by the child. One client remembered her mother’s behaviour with bewilderment and resentment, and said, “I don’t understand how she could do this? How could she burden me with her stories? Only her needs were important, what about mine? I couldn’t be a child in that relationship, I had to be a parent to my mother.”

5) Genuine understanding of the child’s feelings vs. making it all about themselves

In a healthy child–parent relationship, parents allow their children to express all their emotions, even their disappointment, anger, hurt etc with the parent and they seek to understand the child’s emotions and genuinely apologize when they have hurt their children. A codependent parent makes everything about themselves. Children of codependent parents often say that their emotions were hurled back at them when they expressed them; the parent turned their emotions around and made it about themselves. For example if a teenager says, “ I am angry with you”, the parent repeats it by saying, “I am angry with you too” . A client said that whenever she called out on her mother’s behaviour, the mother became defensive and angry and said that the daughter didn’t care for her, how rude she was and was this the way to talk to her mother etc. She would start crying when her adult daughter brought this up; till date the daughter feels unheard and misunderstood.

Children of codependent parents grow up feeling immensely responsible for their parents’ happiness. They were somehow made to feel that they had to keep pleasing their parent to keep them happy.

The codependent parent cannot manage their own emotions; they have difficulty in self-regulation. They vacillate between extreme show of affection and sudden angry outbursts. They cannot handle or cope with any kind of stress and usually have rapid mood swings.

8) Authentic relationship with the child vs. Emotional manipulation

A codependent parent is emotionally manipulative. They will manipulate subtly to get their point across by using guilt as a weapon. They are skilled in taking their child on a guilt trip (“If you do this…., I will not love you anymore”) or threatening them with abandonment. (“If you don’t do this, I will leave you”) This trait is present in narcissistic parents in a higher degree.

A codependent parent wants control; they play different roles to get an obsessive love and devotion from the child. When children are young, their growing demands for individuality are squashed by either playing the victim card, by being aggressive, giving a silent treatment, or making them feel guilty. A codependent parent has many tricks up their sleeves to keep the child in control. (This is more common in parents with narcissistic traits)

Although everyone would like to think that they are the best parents, normally parents have a healthy understanding of their own behaviour and are open to changing their behaviour when needed. However, a codependent parent is miraculously blind to their own faults. They don’t take responsibility for their actions; can never believe that the child is hurt because of them. It’s always someone else’s fault.

12) Healthy expectations vs. Unrealistic expectations: Codependent parents have unrealistic expectations from their children. They expect their adult children to drop everything for them. They are expected to ‘always’ be there for them. While it is healthy to expect support and kindness from your children, thinking that they only exist for you is a sign of selfishness. (this is more common in parents with narcissistic personality disorder)

Some Effects on children ( Will write more in another blog post)
1) They get the feeling that their needs and wants aren’t important.
2) They are plagued by guilt and anxiety.
3) As an adult, they feel that they had to take on adult responsibilities at a young age; behave like a mini-adults.
4) Feeling overly responsible for their parent’s moods and needs.
5) They feel like they are walking on egg shells.
6) They constantly try to appease the codependent parent.
7) As grownups , they tend to be clingy in relationships, although they might also take up the role of a savior for others.

Conclusion: The worst part is that a codependent parent reading this article will think that they are not codependent. They aren’t aware of the way they behave as they think that enmeshment is a healthy parent-child relationship! However, if they are willing to recognize these signs, they can get into psychotherapy and bring about positive changes. They don’t lack empathy unlike the parents with narcissistic personality disorder, which will be the next blog post. Stay tuned!

Image redrawn from the original image found on this page: https://kingofromania.com/2013/06/05/codependency/ 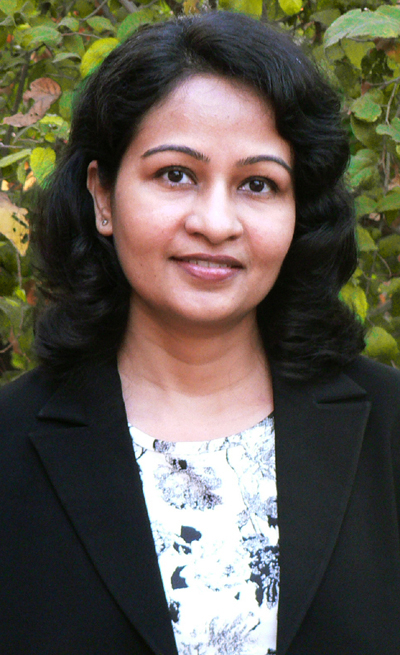